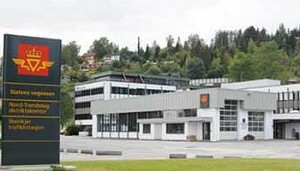 The buildings consist of three wings built in different building phases; 1967, 1976 and 1984. The original part is a one-floor building including a control hall and the northeastern wing with 3 floors. The southwest wing was built in 1967 originally with 3 floors, but was expanded with 2 floors in 1984.The total heated area of this office building is 4 330 m2. The building consists mainly of offices for the Public Roads Administration and canteen in the first floor. The company is expanding and require more office space, thus a new wing is needed. One part of the building is a control hall, but this will not be included in further evaluations.

The main objective of the renovation was to improve indoor air quality, especially in those parts of the building with the oldest HVAC-systems. The measured energy use for the building’s office section, excluding the control hall was, was 183 kWh/m² per year. Due to new ventilation rates, the energy use of the building was estimated to increase to about 194 kWh/m² per year. This was set as the new baseline before energy measures.

Six major energy efficiency measures were identified during the auditing, whereas five measures are included in the proposed action package in step 1. The internal rate of return of the proposed action package is 4.2%, above the property owner’s profitability demand of 4.1%. The last measure was not profitable and therefore was not included in the action package. However, the building owner, Statsbygg, decided to include all of the six measures in Step 2. After the refurbishment, the energy consumption was measured and data on real investment costs were collected. Calculations using the Total Tool showed that the package of all six measures gave an internal rate (profitability) of 5.5%. The energy consumption was reduced by 43% being 110 kWh/m² per year. 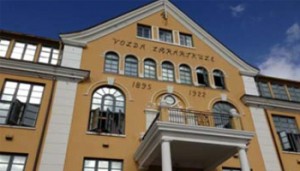 The main building and its park are protected with protection class 2, which means that reconstruction, replacement of building components or change of colour is not permitted without clarification with cultural heritage expertise in Statsbygg. The building is mainly used for teaching. There are a few offices in the north, but most of these have been moved to the extension due to poor indoor air quality.

Only the old part of the Kaarstad building has been included to the current project and not the extension. The estimated delivered energy to this building section before renovation was about 295 kWh/m2 per year. A new baseline has been evaluated for this building due to the need to upgrade the ventilation system up to the regulatory level. According to the estimated baseline the energy use of the building will be about 248 kWh/m2 after the upgrade of the ventilation system.